Floridelux.ro increases revenue of their online shop by 10% thanks to a 99% email deliverability

Driven by the need to be GDPR compliant, Romanian flower ecommerce business, Floridelux.ro, switched to European email provider Sendinblue, with the objective to increase their deliverability rate. The founder and CEO, explains how Sendinblue not only has helped them achieve this with a 99.6% deliverability rate, but has also allowed them to improve the customer journey by integrating transactional emails and SMS, as well as automation tools, increasing customer satisfaction that translates into a 10% revenue growth.

Get started with Sendinblue

Looking for the best solution to improve their customer journey

As the first online flower shop founded in Romania, back in 2003. FlorideLux.ro has helped for over 17 years all customers looking for the perfect flower bouquet or gift to deliver anywhere in Romania and in the world.  The company uses transactional emails and automated communications for the clients and they are able to confirm placed orders, send payment links, and arrange shipping of the final product.

After working with a GDPR consultant to improve their regulatory compliance, the company was looking for the right solution to implement an overall better customer journey, increase customer satisfaction, and reduce product returns and complaints.

Marius Dosinescu, CEO and founder of the family business, tells his story with Sendinblue and the positive impact the platform has had on his company’s results in just a few months.

Sendinblue was the obvious choice for its reliability and easy integration

Initially driven by the need to find a provider that would host their data within the EU in order to be GDPR-compliant, Floridelux.ro was also facing a number of challenges with regards to their customer journey. Their typical online buyer process requires customers to receive a photo of their order, to either confirm it or request changes. Some customers also place their order over the phone, requiring a secure payment link to be sent out via email. With their previous provider, there were critical gaps to be closed such as an email delivery rate of 75 to 80% and little reporting on the actual delivery of individual emails.

“Many clients were not receiving the photo in time, and this meant more returns and unsatisfied customers.” Dosinescu explains. “In addition, without a delivery or open confirmation, I couldn’t tell if a customer had seen the message, which made it impossible to have a refund policy in case of complaints”

They were also looking for a solution that was easy to integrate with Magento, allowed them to migrate all their data seamlessly and implement automated workflows using abandoned cart data to increase revenue and transform missed opportunities. To achieve this, they needed excellent deliverability as well as detailed reports of each action in the scenarios, to better understand customer behavior. “I value the fact that Sendinblue has the integration with Magento, this was especially good because we are in the process of migrating from V1 to V2 and Sendinblue had both integrations available”, adds Dosinescu.

As their previous provider was unable to meet their needs, their GDPR consultant suggested Sendinblue, which matched all the technical requirements and tools they needed for their business. Dosinescu also mentions how the quality of client support was a decisive factor to switch to Sendinblue “The support convinced us. If we have any questions or an issue, we submit a ticket via email and within a few hours we receive an answer. I ask a lot of simple questions and they always respond to me very nicely.”

Initially nervous about switching platforms, due to the criticality of being always on, Marius Dosinescu was completely reassured by the process: “I was a bit skeptical in the beginning, especially because you have to be very careful with the data migration, but the process was truly simple and I was happy to see the data was properly migrated and mapped”.

As he began to implement the platform, the CEO understood that the different steps required, such as the account validation process, enabled him to achieve better performance. “My account was validated in a matter of hours, so I was able to send the first newsletter very quickly. It was surprising to send small batches to begin with, but once you understand the process, it makes sense, it’s very logical.” Dosinescu explains.

For Floridelux.ro, the priority was to deploy the transactional email feature and integrate it with Magento, their eshop provider. “We employ different florists who use an app connected to Magento so they can take a picture and send it as a transactional email via Sendinblue, then the customer replies to confirm the order. I typically saw an increase in replies.” Dosinescu adds.

The SMTP was a game-changer for the flower shop, as well as the ability to view the domains where they were blacklisted before. The CEO also noticed a big difference in his ability to track results: “I now know individually who has received and opened the email, so I can show them the proof that they got the picture. I am also able to tell who exactly converted from the abandoned cart.”.

Besides the transactional email and the automation tools, the business also uses the email marketing feature for regular newsletters such as promotions or discounts. Dosinescu explains this feature is also very important since the most profitable customer actions are driven by seasonality and special dates. “We’ve achieved 38% open rates on some campaigns, we’ve simply never reached this kind of result before!”. Additionally, they use retargeting campaigns to convert users in their lists, when it is not possible to reach them by email.

10% increase in revenue and 99% deliverability

After less than three months using the platform, the Floridelux.ro team is already benefiting from an increase of 10% in their revenue, which they mostly attribute to the improved deliverability rate of their transactional emails. “We now have a 99% deliverability rate, it’s a big improvement considering our starting point!”, Dosinescu highlights.

A major pain point in the past for the business and the customers, the CEO can tell how much the client satisfaction has increased. “The emails are landing and we’re no longer receiving complaints. I also noticed a lot more customers were repurchasing. Our process is no longer hurting our business” Dosinescu adds.

With the automation tool, the company has also implemented a satisfaction survey sent 5 days after an order is placed, to have a better understanding of the customer satisfaction and adjust their user experience.

Dosinescu is confident he has made the right choice with Sendinblue. “With our previous solution we were paying too much and we were not getting good results. Now I feel I’m receiving a good service and product for my money and as a local business, that is very important. Also, I feel more secure now that I’m being GDPR compliant.”

Floridelux.ro now plans to make the most of the platform and the additional features Sendinblue offers: “Once we’d switched to Sendinblue, we realized there were a lot more features than we thought that were worth exploring and implementing. I’ve moved to the new Inbox app already, and the solution is very intuitive and easy to use.” Dosinescu says. “At the moment, we are looking to implement the live chat and CRM features. It will take us a few months, but I’m sure with the support and the documentation available on the website, I will be able to use these tools in the very near future” the CEO concludes. 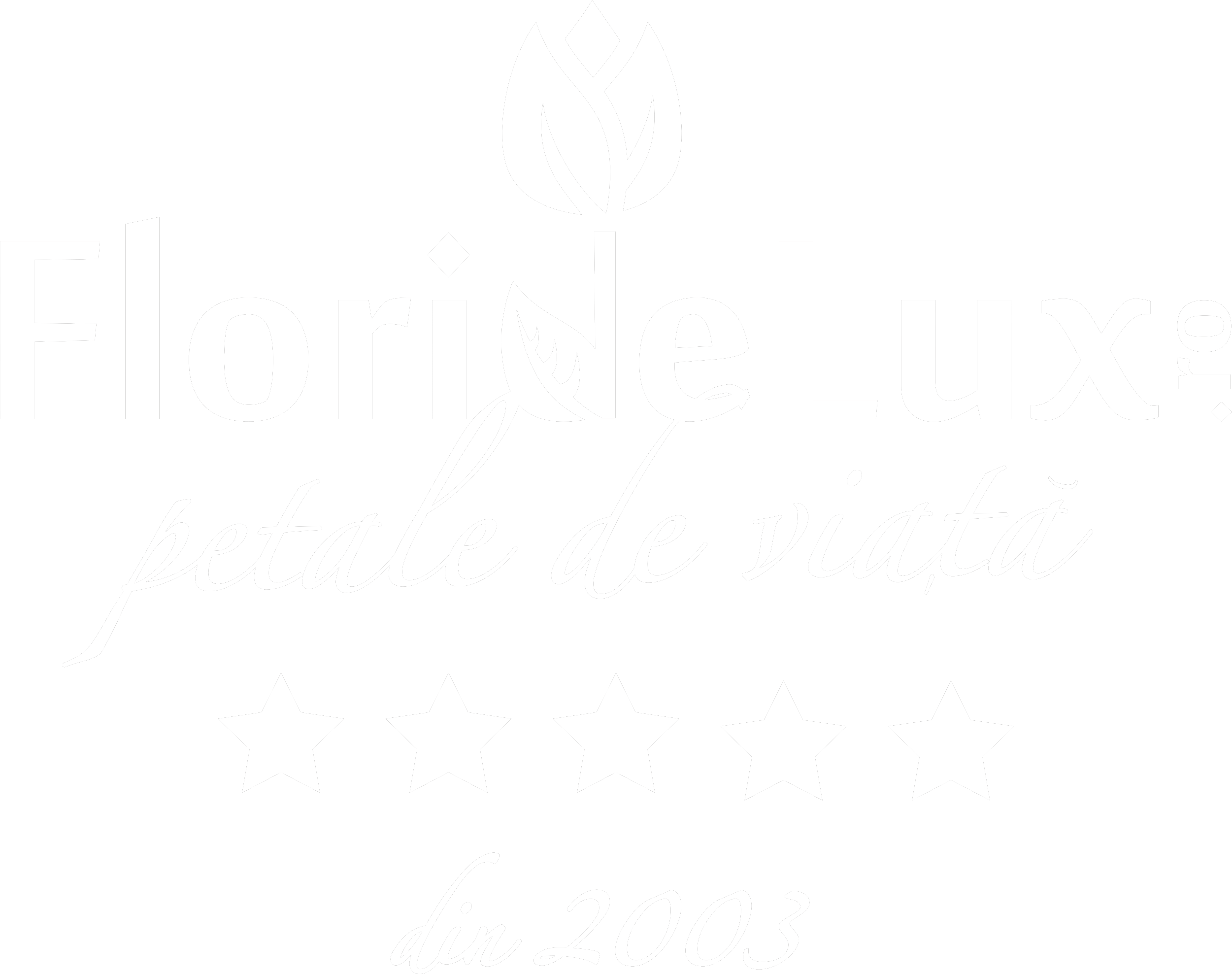 Founded in 2003 in Bucharest, Romania, FlorideLux.ro is an independent family company dedicated to offering flower arrangements to local customers in Romania via their ecommerce shops and websites. The company has grown along with the increasing trend of Romanian customers switching to digital businesses to purchase flower bouquets, gifts and flowers decorations online. The company commercializes floral designs, natural and silk flowers, gifts for special occasions, gardening and Christmas decorations.

“After only a few months using Sendinblue, I’m already seeing amazing results. The outstanding deliverability rate has reduced complaints and increased revenue. And I’m able to do a lot more to improve the customer journey.”

Ready to find your
marketing zen?