How Do You Sound in Email? 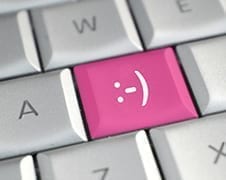 Have you ever sent someone an email only to have them completely misunderstand what you were trying to say? Sure, we all have!

Now, if it was a friend or colleague, you were probably able to apologize and explain yourself to smooth the situation over. However, if it was a customer or potential customer, chances are that you weren’t given that same opportunity. Next, imagine that instead of just one email with an unintended response, you sent hundreds or even thousands. That could be a real catastrophe!

This is why it’s so crucial to understand how you sound in email so that you can avoid turning people off with your email marketing campaigns.

Why are Emails Misinterpreted?

Vocal communication has many subtle nuances in tone and expression that allow us to know what people mean when they say things, but like any other text-based communication, emails don’t offer that luxury. The result is that an email recipient has to make assumptions about what the sender meant based solely on the email’s text.

This is why taking the time to plan, draft and revise your email campaigns before sending them is so incredibly important. The two best ways to ensure that your emails will come across as intended are to make them as friendly as possible and choose your words carefully.

Simply put, everybody likes receiving friendly emails. The first thing you should do to make your emails more appealing is personalize them. Experian reported that personalized emails generated 29% better unique open rates and 41% better unique click rates than non-personalized emails, which is really remarkable! Many email campaigns use customized headlines and messaging to appeal to recipients and form a personal connection so try personally addressing the recipient by name. Campaigns that do this are really easy to put together if you have an email marketing platform that lets you customize and schedule trigger emails. Top companies have been personalizing emails for as long as email marketing software has existed because it works.

Recently, new studies may offer another way to make your emails friendlier. Have you thought of using emoticons in your campaigns? An Australian psychology study researched the way humans respond to smiley face emoticons and discovered that the area of the brain that responds to an actual smiling human face is stimulated when we see emoticons. In plain terms, our brains react to smileys as if they were real – causing us to feel engaged and happy. This is reason enough to want to use emoticons in emails, but are they professional?

Some professionals may assume that smileys are great for text messages and online chatting, but that they have no place in official corporate communications. But surprisingly, a study from the University of Missouri – St. Louis found that email recipients actually preferred emails with smiley faces. People receiving emails with emoticons said that they felt more liked by the email sender and the sender’s credibility was not called into question when using as many as four smileys per message. So what does that tell us? Smileys really may have a place in email marketing!

But, before you go sprinkling smileys throughout all of your emails, consider your audience. In general, younger audiences are more likely to respond positively to emoticons than older audiences. The issue is made a bit more complex because recent research shows that cultural differences may also affect how emoticons are perceived. The University of Alberta discovered that different cultures rely on different facial tells to express emotion. For instance, in the US emotion is expressed with the mouth, whereas in Japan emotion is expressed more subtly with the eyes. These differences may influence how your message is received and could cause confusion you’re sending it across cultural lines.

An article on Entrepreneur by Bernard Marr explains what a difference word choice can make in how emails are perceived. He explains, “It can be challenging to interpret how the person on the other end of an email is feeling. Emoticons and exclamation points can only take you so far (especially in a business email), and in fact, sometimes formal business language can start to sound, well, negative without context.” This is why a more informal tone is preferred by most email recipients. Softening the tone of an email makes it sound more genuine and portrays the sender as more likeable.

Bernard goes on to explain that terse emails are often perceived as negative in nature because they do not have the fluffy buffer that helps give emails the context that recipients crave. This probably goes back to verbal communication patterns, where praise and flattery often require more words in a conversation than criticism. In keeping with verbal norms, emails need to strike a balance between being too long that people won’t read them and too short that they come off as abrupt and unfriendly.

Finally, he explains that using negative words creates negative connotations, even when those words aren’t intended in a bad way. Bernard discusses the difference between using the words “don’t forget” versus “please remember” and points out that in any situation where negative words can be used, positive words can be substituted in to put a better spin on your message.

Using Bernard’s advice, always be sure to read through your emails with a critical eye to find ways that you can soften your language, provide background or context and improve your word choices!

Now that you have a game plan on how to write emails that will be well-received, take your efforts to a new level. Happy emailing!

How to Create a Newsletter Without Spending Any Money

What is Email Marketing and How Does it Work? Definition and Best Practices

How to Build Lasting Relationships with Email Marketing

How to Quickly Build an Ecommerce Website For Your Small Business

Ready to find your marketing zen?